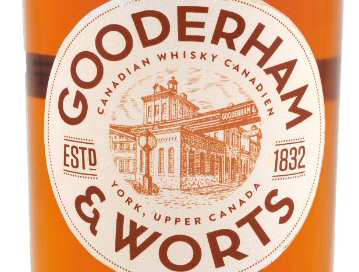 The beverage at the root of the trouble (image credit: Whiskey Analysis)

Here we have two different BC First Nations people being punished for drinking alcohol. This wasn’t considered a crime if you were White.

…Geo. Parsons, is Patsy Burk’s father-in-law, and for a long time “standard bearer” of the Salvation Army, but George has fallen from his pedestal of grace. Constable Harry McIndoo managed to obtain sufficient evidence to convict the ex-standard bearer of supplying liquor to Mary Frank, an Indian, who claims to be a personal friend of the old man, and as a reault Geo. Parsons will remain a couple of months in Stewart’s Barracks and be enrolled a member of the N.P. Squad, should Patsy fail in his attempt to raise the capital necessary to liberate his father-in-law…

Mary had been misinformed as to the powerful qualities of Gooderam & Worts Canadian Rye, for before she had emptied a fourth of hte quart bottle, had become in such a state of intoxication that Policeman Harry found it necessary to engage a “chick chick” to take Mary to the lock-up. Magistrate Simpson fined her “totlum” dollar ($10) with costs amounting to “klune” ($3) dollar, and a further addition of a dollar for the carriage ride or “ick moon copah skookum house.”

Joe Quellemis will “cloosh mammak” sixty days for being drunk, in lieu of $5 fine and $3 costs.

Much of this is perfectly clear to any reader.