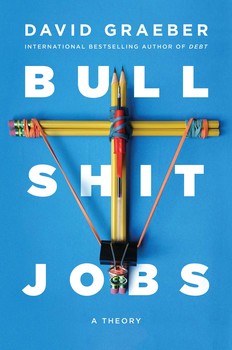 In the 1994 Lushootseed Salish dictionary by Bates, Hess, & Hilbert, there’s a root p’áƛ’- (bound) ‘of no importance’

‘(Bound)’ means that this root can occur as a freestanding word only if it’s reduplicated, thus as p’áƛ̓aƛ̓.

That’s sufficiently close in sound and meaning to Chinuk Wawa p’áłił ‘(noun) BS’ / ‘(verb) to BS’ that I speculate on some etymological connection between the two. If you wrote the Ld word in Grand Ronde style, it would be p’át’łat’ł.

Oh, the Ld word can be evidently used as an interjection, too 🙂

Anyhow, another parallel worth drawing is between the uses of this Lushootseed word & Chinuk Wawa’s kʰə́ltəs ‘worthless; no-good; to no purpose’…that’s < cultus > in the old dictionaries.

The Ld root can be used, non-reduplicated, if certain suffixes are put on it instead.

For example, p’áƛ̓-ucid is ‘worthless talk’, again a direct parallel of CW which says kʰə́ltəs-wáwa.

Not found in the modern Ld dictionary, but documented long ago, is another CW parallel, showing p’áƛ̓aƛ̓ expressing ‘merely’ in George Gibbs’s 1877 manuscript dictionary.

That’s comparable with lower Columbia CW kʰə́ltəs for ‘only; just’.

These cases where kʰə́ltəs and p’áƛ̓aƛ̓  mirror each other seem likely to me to indicate a mid-1800s stage when the Jargon was pretty heavily influencing Lushootseed.

On the other hand, the relationship between p’áłił and p’áƛ̓aƛ̓ is of a different nature. I strongly suspect the Ld word may be the etymology of the Jargon form.

Could it be that this is another instance of a Jargon term that seemed taboo to frontier-era English speakers, assuming they understood it as ‘bullshit’ or some such profanity?

(It’s been demonstrated that ‘bullshit’ was already current by 1879.)

Many such lexemes were studiously excluded from the published CW dictionaries, whether they were Indigenous-sourced anatomical terms, English-based earthiness like ‘shit’, ‘piss’, ‘tit’, what have you.

What do you think?
Kata maika tumtum?
qʰáta mayka tə́mtəm?