This is a book that makes more of a literary impression than a linguistic one, but there’s worthy Chinooking from the British Columbia frontier here.

Roberts’ biographers portray him as a British upper-class ne’er-do-well. He got himself ostracized from polite society, so the natural thing was to hit the road, rambling around Australia and North America — sometimes stealing necessary supplies. This is what led him to BC, where he arrived (page 62) from the east at Kicking Horse Pass circa 1885, and under the moniker of “Texas” took employment building the railroad line there.

(That place is coincidentally described in Chinuk Wawa by Father Le Jeune in a 1904 issue of Kamloops Wawa.)

Roberts is a writer with an excellently developed sense of style. His tastes ought to be as elevated as that, considering that the one book he toted around the frontier was Thomas Carlyle’s “Sartor Resartus“, that he sang opera in the forest for his work buddies, and that at a couple of English missionaries’ cabin, he read Latin and Greek with them for relaxation and fun!

I’ll just briefy snip out some references to Chinook Jargon — but I urge you to read this nifty book, online, for free.

Not until quitting railway labor and tramping farther west does Roberts encounter Chinuk Wawa. Almost predictably, this happens in Secwepemc (Shuswap country), in the vicinity of Salmon Arm, BC:

In the southern interior of BC, in the Salmon Arm area, Roberts gets his first exposure to the Jargon:

At times the door would be pushed stealthily open, and an Indian with a soft felt hat over long greasy hair would slide in and show us a pair of well-worn moccasins on flat feet, and ragged trousers and coat to match. He would bring a skin or two — a marten or a beaver or perhaps a fox — and would argue with Murdoch or Hill about the price in a language of which I then knew nothing, and which I supposed to be Indian, but which I afterwards discovered to be Chinook, a barbarous trading jargon made of English, Indian, and French. Then, perhaps, a squaw with her papoose, both a little dirtier than the man, would enter and stare round. They would consult in their own tongue, and then make a bargain or go out without trading, to give way in turn to some other Indians with fish or deermeat.

Farther west, somewhere between Cook’s Ferry and Lytton in Nłeʔképmx (Thompson Salish) country on the Fraser River, he gets a chance to use some Chinook:

But I came round a corner and saw four Indians — two women, one old and one young, and two children, a boy and a girl. The older woman was of any age, but surely nearly ready for her rest in those quaint fantastic graveyards in which the Indians put their dead, adorning the guardian railing with globes, spikes and strange painted figures of carven cocks, and figure dummies on the graves under tents, to keep off” the snow and hail and biting wind. Yet she was heavily burdened with a large roll of blankets or rugs, in the middle of which was perhaps a package of evilly smelling salmon, supported by a broad pack-strap on her forehead. And the poor little children were bearing packs bigger than themselves. It was happy that the wind was behind them, or how else could they toil up that slope, although so much better a road than their old ancient trail, which at times came in sight as the white man’s broad way crossed and supplanted it, leaving the briers and brush and weeds to encumber and choke it up ? The old woman greeted me : ‘Clahya.’ ‘Clahya,’ said I, and passed on, melancholy for myself, but sadder yet for them.

Somewhere past Lytton, in the vicinity of Jackass Mountain perhaps, we see that he’s still a greenhorn with the language:

And as it grew dark I came to some houses. I knocked at the door of one, and was answered in Chinook by a slattern of an Indian woman whom I could see through a crack in the door. I insisted on English, and finally got out of her that there was a hotel farther on.

A few miles farther on, though, he’s making a point of using what he knows of it:

I stamped into the usual bar-room, greeted the owner of the hotel and store, nodded to a man by the stove, said ‘Clahya‘ to an Indian woman with a baby, and sat down to smoke and dry myself.

Quite a ways down the Fraser, we see Roberts sufficiently aware of the Jargon to distinguish it from other languages and describe who speaks it with whom:

Then to Harrison River, bright and clear and blue, a Fraser tributary, and dinner at a Chinaman’s restaurant, where we had a plentiful and well-cooked meal served by the owner himself, who spoke good English to us, Chinese to his pigtailed compatriots, and fluent Chinook to his Indian wife, who held in her arms a curious child with the characteristics of Indian and Chinaman stamped unmistakably upon it.

Down at the coast, in New Westminster, the Jargon is typical of pidgin languages in being part of a wild multilingual stew:

Sometimes I walked into a cabin to find everybody drunk, perhaps some on the bed, some on the floor, or under the table ; or there would be a wild hubbub inside, with fragments of English, Chinook, German or Spanish, or the real guttural Indian with its strange clicks.

Here is where the narrator starts overtly claiming knowledge of it with any confidence:

Then I learnt some Chinook, so that I could speak a little to the Indians. And a strange enough jargon it is — English, French, and Indian; and English and French corrupted and altered to suit the vocal Indian peculiarities, or becoming l, as ‘dly ‘ for ‘dry.’ There are some strange words, as ‘hyas puss-puss‘ for the mountain lion or cougar, the northern representative of the South American puma; ‘hyas‘ means great or large; and ‘hyiu,’ plenty. ‘Moos-moos‘ is cow, and ‘moos-moos glease,’ butter. The great salutation is, ‘Clahya, tilicum,’ or ‘How goes it, partner?’ ‘Siwash‘ is an Indian, and ‘sitcum siwash‘ a half-breed. I never progressed very far in this gibberish, but I could say ‘yes’ and ‘no,’ ‘nawitka‘ and ‘halo,’ and, ‘What do you want?’ ‘Ikta mika tiki?‘ and so on, and gestures and English did the rest.

After a while, he heads back to the BC interior and seems to imply he recruits a Chinuk Wawa tutor:

So I bade my friend Mr. Hughes farewell, and off I went to Savona. I found an old saw-mill friend at Van Horne, a man who was half an Indian by dint of living with them, who could talk Chinook as fluently as English, and with him I started to walk down once more, firmly determined not to pay the exorbitant railroad fare ; and I walked the whole way to Yale again, looking in at my friends the clergymen’s place near Jackass Mountain, of course, as I passed by. 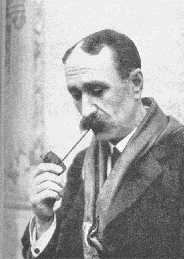 Pretty coherent picture there of a person who picks up conversational skill in Chinuk Wawa in a fairly short span of time, yeah? That’s typical of the era. The rarity here is that we have such a skilled narrator.

A sequel of sorts, which I haven’t seen yet, is Roberts’ book “On the Old Trail: Through British Columbia after Forty Years“. I hope to find it, and add any interesting points from it to this website.