This is a novel populated by characters that Sawtelle wrote “from real life”, insisting, “No living author could have produced them without witnessing the scenes depicted in the work” (page 6).

In this light, the few Chinook Jargon snippets gain interest beyond the fact that they are given in spellings more or less unique to Sawtelle (as if she reflecting her personal recollection of the Jargon): 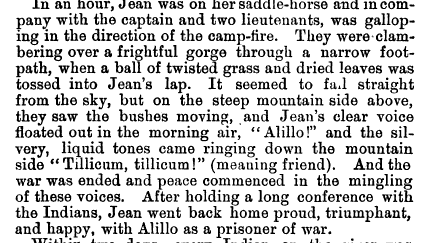 “Hyou typso,” went from mouth to mouth [among the Indians], which she afterwards learned meant great quantity of hair.  The soft liquid sounds “sappalilli, sappalilli,”…meant to convey the idea that they were rejoiced at the coming of the whites, as now they would have bread. 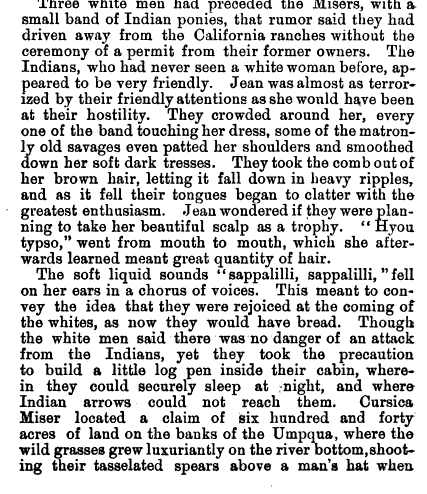 “…rather a bright boy, too, considering the Indians called him a ‘pilton‘* “…*Pilton meaning fool. 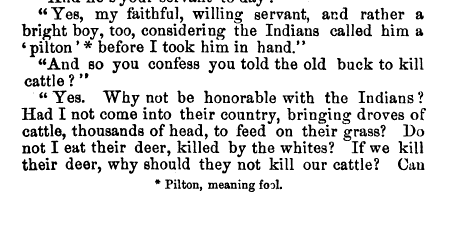 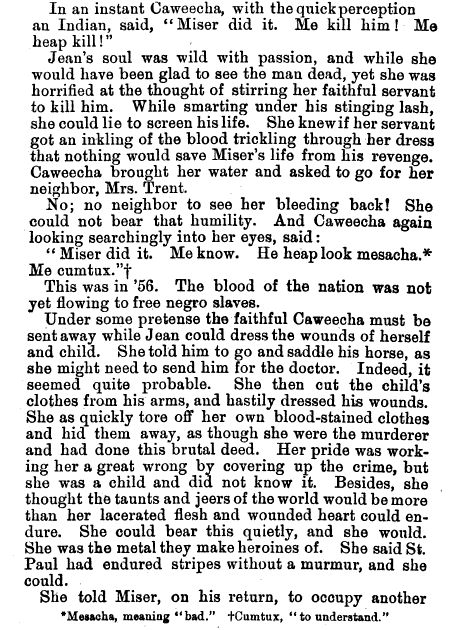 — page 192; Caweecha is an Indigenous boy and his character’s mix of Chinook Jargon with pidgin English mirrors what we find in countless documents of the era.

I rather idly speculate on the parallels between “he heap look mesacha” and the development of a progressive (aspectual) marker from hayu “a lot” in Grand Ronde’s creole Jargon.  That question has to be left unresolved for the moment.