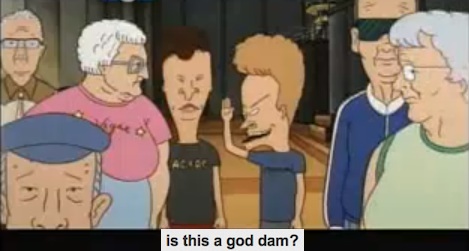 For one thing, as you might guess from my coded expletive, there is swearing — in a Christian missionary’s sermon, no less! That even beats the crap out of Lewis & Clark’s “damned rascal, son of a bitch, &c.”

I will sincerely tell you my analysis that the presence of obscenity alone renders this article of great scientific value, showing as it does by its rarity the deleterious effects of bowdlerization on the historical documentary record of Chinuk Wawa.

In plain words, back in the day, lots of English words got left out on purpose when those Victorian white guys wrote down their vocabularies of the Jargon. They skipped over both the vocabulary that their readers would already recognize from contemporary English (shot, law, etc.) and the stuff that would be perceived as naughty (some of that came from Indigenous languages too). Too bad, as Jay Powell has done a fine job of suggesting in a paper or two about words left out of CJ dictionaries. Here and there, but often enough and widespread enough to show that it’s genuine data, you find “obscene” words although quite often they lacked prurience, as with “shit lamachin” meaning a laxative (in a missionary vocabulary I dug up from an archive).

So attend to hyou dams below.

Secondly, the metalinguistic comments that Mr. Brown tosses in are gold. From personal experience during the peak of Jargon’s vitality in the Northwest, he proffers keen-eyed observations about what constituted good and bad Jargon. Because I was just now talking about moral judgments, let me explain that I’m shifting concepts, to an evaluation of people’s fluency. Contrary to the now-ridiculous claims that many (comma, many) linguists have pronounced over pidgins, these languages absolutely, positively have grammars and a sense of good spoken style. Some folks always exist who are recognized in the speech community as skilled at expressing themselves in e.g. Chinook Jargon.

Brown is quick to skewer those among the missionaries who were too lazy or unintelligent — I dearly love the turning of such condemnations away from Indigenous people back onto those who most often administered it! — to learn proper Chinook Jargon. He also favorably contrasts that old shibboleth, the “number of words in Chinook” (500 by his estimate) with the usual vocabulary of average white folks in rural England (400).

All of this evidence inclines me to evaluate Mr. Brown as an informed and even-handed observer of the Jargon. So when he quotes from memory a missionary who was “a good man, but deficient in humor” preaching about the betrayal of Jesus, I say it’s worth paying attention to. I’ll provide my own translation, which you can compare with Brown’s which is charitable to the known intent of the speaker:

Briefly, the stuff I’ve flagged with [SIC] looks a bit ‘off’ to me, and specifically it looks like the unskilled Chinook of a native English speaker.

Other features here, although not mistaken, would probably be expressed differently in more fluent Jargon. To give one example, the use of alkie as ‘by and by; eventually’ is commendable — English speakers often try using it as future-tense ‘will’ — but for the seemingly intended sense of ‘in a while’, you might instead say tenass lili.

← Wine tea, a redundancy born of anachronism
More about the flood of 1894 →